Discover the attractions of two charming villages in Alicante that will be sure to impress you with this Villajoyosa & Altea Day Trip. You'll get the chance to visit a chocolate factory, with great local tradition. 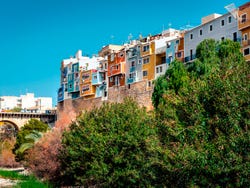 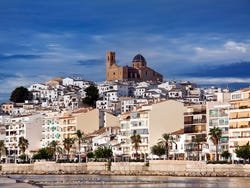 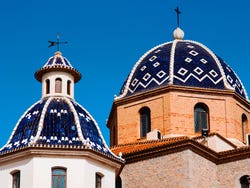 At 10 am we'll leave Alicante and head to Villajoyosa, a beautiful coastal town just over half an hour from the provincial capital.

We'll take a guided tour of Villajoyosa and feel the seafaring atmosphere of its old town, characterized by its colourful buildings. After taking photos on its charming promenade, we'll visit a chocolate factory in Alicante. Here we'll learn about the techniques used by the master chocolatiers to make this delicious product. Villajoyosa has a great tradition of cocoa, which has arisen from its important commercial activity.

The tour will continue along the Costa Blanca to the beautiful town of Altea. Among its whitewashed streets, we'll be struck by a beautiful blue dome that stands out in the landscape, between the sea and the mountains. The Church of Nuestra Señora del Consuelo is a must-see, whose upper dome is considered to be "the dome of the Mediterranean".

In Altea, you'll enjoy some free time to tour the picturesque historical centre on your own and have lunch in its traditional restaurants. In the afternoon, we'll return directly to Alicante.

US$ 66.50
Free cancellation up to 24 hours before the service starts
Book

8.70 / 10 6 reviews
With this Tabarca Island Ferry from Alicante you can visit one of the best known Mediterranean islets of the Costa Blanca - the crossing takes just one hour!
US$ 24.20
Book
like

No rating yet
Discover the largest palm grove in Europe with this Elche & El Hondo Natural Park Day Trip. Explore the locations around Alicante including the beautiful park.
US$ 66.50
Book
like

No rating yet
Find out about the Protected Designation of Origin wines with this Alicante Vineyards & Wineries Tour. Sample the delicious wines as you explore the vineyards.
US$ 60.50
Book