Travel around the landscapes of Almeria in an all-terrain vehicle and discover the environmental richness of its extraordinary natural areas with this Cabo de Gata Salt Flats & Wetlands 4x4 Tour. 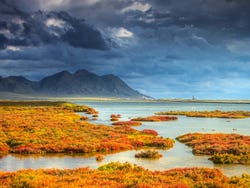 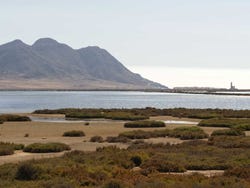 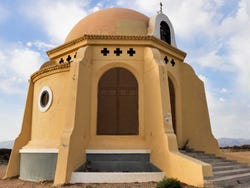 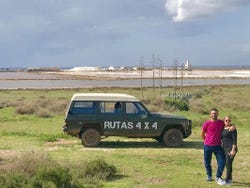 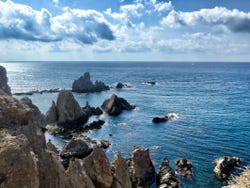 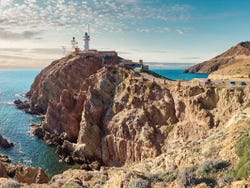 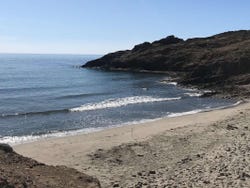 We'll meet at the BP gas station in Ruescas and get on a 4x4 to start with a tour of the Cabo de Gata salt flats and wetlands.

During the tour, we'll be able to see some advertisements and film scenes filmed in this area of Almeria.

We'll visit the salt flats of Cabo de Gata, famous not only for their important productive value but also for the great variety of bird species that live in the wetlands of Cabo de Gata and its surroundings. A few minutes later we'll arrive at San Miguel beach. We'll pass by the dunes of Cabo de Gata where the film Lawrence of Arabia was shot, as well as the mining town of Las Salinas.

We'll continue the route passing by the Sirenas Reef and the lighthouse of the Cabo de Gata-Níjar Natural Park. Then we'll arrive at the Vela Blanca viewpoint where we'll get off the 4x4 to take all the photos you want and in summer you can take a pleasant dip. We'll return through the interior of the salt flats passing by an abandoned farmhouse.

Finally, we'll finish the activity at the starting point.

Transport in 4x4 with TV screens.

US$ 41.50
Free cancellation up to 24 hours before the service starts
Book

9.30 / 10 106 reviews
Discover the hidden charm of the city in South East Spain with this Almeria Mystery & Legends Tour. Explore the sinister side of the historic city at sunset.
US$ 11.90
Book
like

9.70 / 10 65 reviews
Can you imagine admiring the stars in a beautiful Natural Park? Be mesmerized with this Cabo de Gata Stargazing Experience in the incredible Spanish enclave.
US$ 29.60
Book
like

10 / 10 17 reviews
Discover the majestic landscapes around the Natural Park at dusk with this Cabo de Gata Evening Hike. You'll learn how to use the stars to orientate ourselves.
US$ 29.60
Book