Explore the impressive landscapes of Northern Ireland on this unmissable tour: visit the awe-inspiring Giant's Causeway as well as the iconic filming locations of Game of Thrones. 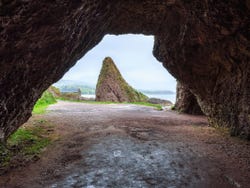 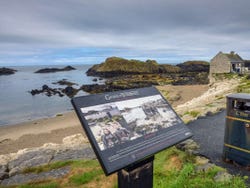 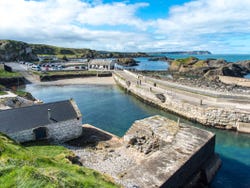 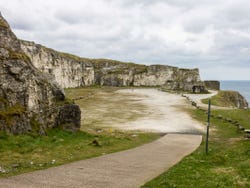 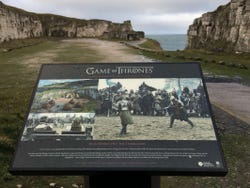 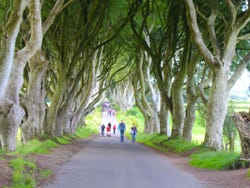 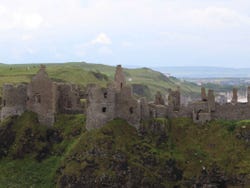 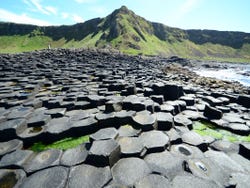 The itinerary varies depending on the season - be it summer (March - October) or winter (from November to February). In both cases, the bus leaves at 8:45 am from 10 Great Victoria Street in Belfast.

The tour leaves Belfast on the way to Carnlough, a village which was immortalised in Game of Thrones as Braavos, where Arya Stark faces off against the Waif.

The next stop is in the Cushendun Caves, home to one of the most striking moments in the series, as the shadow child of Melisandre kills Renly Baratheon.

Then we'll make our way to Giant's Causeway. Here we'll learn about the geological process that moulded this spectacular sight, and spend some time in the area, discovering and enjoying the unique landscape.

Then onwards to the Dunluce Castle before stopping for lunch in the Fullerton Arms.

The final stop on the tour will be Larrybane Quarry - used to represent Renly's camp next to Storm's End. Then the final touch comes visiting the Dark Hedges, a wide, atmospheric avenue which was used as Kingsway in the series.

In winter we'll visit Carnlough and Cushendun first, then make our way to the Dark Hedges. After a stop to eat in the Fullerton Arms, we'll visit the world-famous Giant's Causeway.

The final stops on the tour take place in the beautiful Larrybane and Dunluce. We'll be back in Belfast around 6:10 pm.

Although it is permitted to take this tour with children, it's not recommended.

Entry to the Giant's Causeway.

You can book up until 9 hours before the activity as long as there are still places. Book now to guarantee your spot.

If you cancel 3 days before the day of the activity, we will refund you 90%. If you cancel under this time or do not show up, you will not be refunded.

The bus driver / guide was very nice and explained everything in a fun and entertaining way. The tour has been fantastic, despite the fact that due to the covid restrictions there has been some small change in the stops, it has been very good. Highly recommended. Opinion translated. Show original.

Steven the very nice driver telling us all the stories made our trip so much fun !!!! Opinion translated. Show original.

6.70 / 10 19 reviews
The Belfast sightseeing bus is the ideal way to explore the capital of Northern Ireland. The open-top double-decker bus allows you to enjoy the best views of Belfast
US$ 19.40
Book
like Free

9.40 / 10 896 reviews
Enjoy a walk through the historic centre of Belfast with this guided tour that will reveal all the hidden gems of the Northern Irish capital. Plus, it's free!
Free!
Book
like

No rating yet
See the best of Northern Ireland with this day trip to Giant's Causeway, the Titanic Experience and Dark Hedges from Belfast.
US$ 76.70
Book