Belgrade is home to legendary historical, artistic and cultural heritage. Discover the legacy of the Serbian capital on this guided walking tour of its old town. 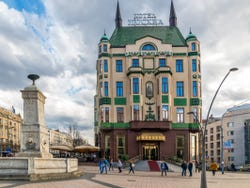 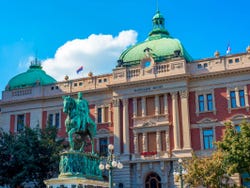 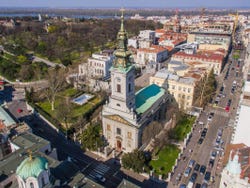 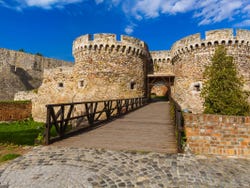 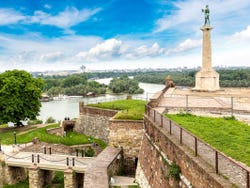 We'll meet at 11:30 am in front of the House of the National Assembly of the Republic of Serbia. Completed in 1936, this impressive neo-Baroque and neo-Renaissance style building took several decades to build, as construction was interrupted by the Balkan Wars, World War I and the Great Depression. Just a few steps from this landmark, we'll see the Monument to Nikola Pašic, an important politician in the Balkans.

Our guided tour of Belgrade will continue onwards to Terazije Square, where we'll stop in front of the emblematic Moskva Hotel. This establishment has welcomed numerous famous guests including scientists, politicians, artists, actors and more.

The next stop will be in Republic Square, where we'll get to admire the façade of the National Theatre and the National Museum. We'll then stroll along one of the city's liveliest shopping streets, Knez Mihailo, until we reach the Cathedral Church of St Michael the Archangel, one of the country's most important places of worship.

Not far from the cathedral is one of Belgrade's oldest operational traditional taverns, known as "?". We'll discover how it got this curious name!

Afterwards, we'll head to Belgrade Fortress, an fortified citadel dating back to the 3rd century BC located at the confluence of the Sava and Danube Rivers. Our guide will reveal some of the legendary stories that have taken place here as we explore the ancient city walls.

The tour will come to an end at 2 pm in Kalemegdan Park, the largest park and one of the most important historical monuments in Belgrade.

Esplanade of the National Assembly of the Republic of Serbia.

6 / 10 4 reviews
Nature, culture and history: discover the wonders of northern Serbia on this tour of Fruska Gora and the towns of Sremski Karlovci and Novi Sad from Belgrade.
US$ 59.40
Book
like

No rating yet
Discover the natural and monumental wonders of Serbia on this tour of the Manasija Monastery, Resava Cave and Lisine Waterfalls from Belgrade.
US$ 78.70
Book
like

No rating yet
Spend an unforgettable day discovering all the hidden historical wonders of eastern Serbia and the legendary Danube River Valley with our fantastic tour.
US$ 120
Book