Discover the paradise enclaves of the French coast with these private excursions from Cannes. You'll get to know Monaco, Saint Tropez, Nice or Antibes, in the most personalised way possible. 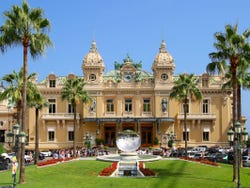 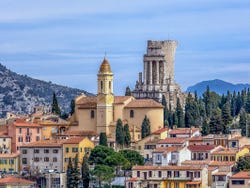 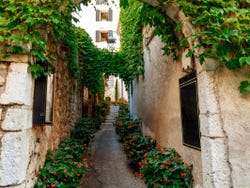 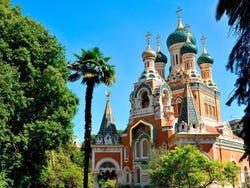 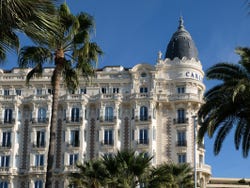 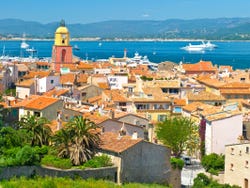 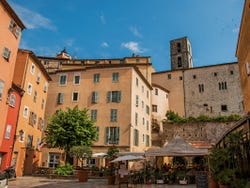 Advantages of a Private Tour

Reserving this private tour means you'll receive a much more personalised service. And you'll be able to take the tour on any day of the week, modify the itinerary however you like and leave whenever you want. And what's more, if you're a large group, you'll save money!

If you have several days in Cannes and you want to explore the surrounding region with an exclusive guide, you can reserve any one of our private excursions. These tours last between 4 and 8 hours, include hotel pick up, transport in a private vehicle and an English speaking guide.

You can see the details of each tour below:

Cross the border with Monaco and get to know the little principality. As well as seeing the main monuments in the world's second smallest country, you'll see Eze and La Turbie, two little French towns with a medieval air. This tour follows a similar itinerary as the day trip to Monaco, Eze and La Turbie

On this trip, you'll have more time to really get to know Monaco, Eze and La Turbie. We'll learn all the details of the Montecarlo Casino, The Prince's Palace, the Oceanographic Museum and the Lavish Gardens.

Tour of the French Riviera (8 hours)

Tour the French Riviera, a paradise which begs to be explored. Monaco, Cannes, Eze, Saint Paul de Vence and Antibes will be our stops during the tour. The itinerary is similar to that of the group French Riviera tour.

The Promenade des Anglais, the Negresco Hotel, the Verdue Theatre or the St. Nicholas Orthodox Cathedral are some of the treasures hidden within the streets of Nice, which you'll see on this private tour from Cannes. This tour has a similar route to that of the group Nice tour.

Saint-Tropez ceased to be a sleepy fishing village when Brigitte Bardot starred in the film "And God Created Woman" in the 1950s. On this tour, we'll discover the luxury of its port, its pretty streets and the citadel. The itinerary is similar to that of the group Saint-Tropez tour.

Inland you can find Grasse, a medieval town which was the inspiration for the famous novel Perfume. Here you'll get to know the perfume making tradition which Grasse breathes, as well as seeing Valbonne and Gourdon, enjoying a wine tasting in Bellet. The itinerary is the same as the day trip to Grasse + wine tasting.

Tour of the French Riviera

Transport in a private vehicle.

Per group from
US$ 387.40
Free cancellation up to 24 hours before the service starts
Book

Free! Free cancellation up to 24 hours before the activity starts. If you cancel under this time or do not show up, you will not be refunded.
like

10 / 10 3 reviews
Head to Monaco and discover the luxury and beauty of the tiny principality. And you'll get to know Eze and La Turbie on the way, two little towns with unique charm.
US$ 75
Book
like

10 / 10 1 review
Prepare your senses for this excursion to Grasse, with a long tradition of perfume making and the medieval charm of the interior of the French Riviera.
US$ 151.30
Book
like

No rating yet
Explore the French Riviera with this visit to Cannes, Antibes and Saint Paul de Vence. Three delightful little towns.
US$ 71.40
Book