Explore this Portuguese city full of history and visit some of the most iconic spots on this free tour of Coimbra. Plus, it's free. So, are you in? 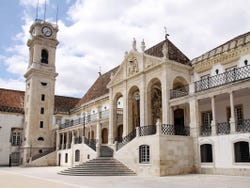 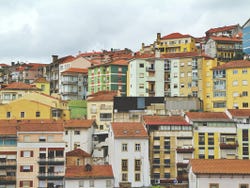 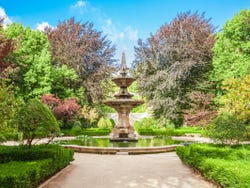 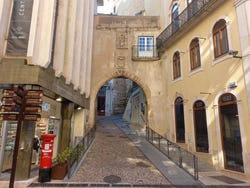 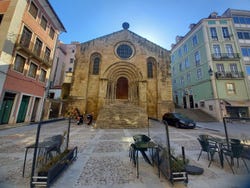 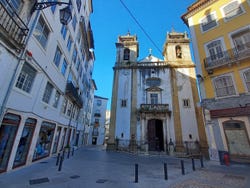 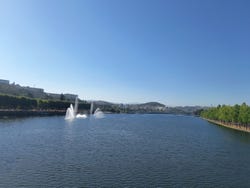 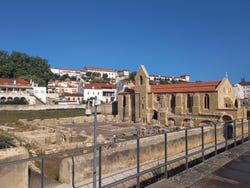 At the agreed time, we'll meet up at the Agência Banco de Portugal, in Largo da Portagem, and start our tour, on which we'll be exploring the left bank of Coimbra, the university, and its old town. We'll see the contrast between the most historic area and one of the newest parts of the city.

And fewer tourists know about the left bank, its incredible places, traditions, and stories, so we'll be able to really explore this different side of the city. We'll learn about the history, society and traditions of Coimbra and Portugal.

We'll start walking and head to the Santa Clara Bridge and cross it to get to the left bank of the city. Our first destination? The Monastery Santa-Clara-a-Velha, a gothic building dating back to the 13th century.

Next we'll be passing by the Portugal dos Pequenitos, a miniature park targeted to both children and adults consisting of small renditions of Portuguese houses and monuments. We'll keep walking until we reach the Monastery of Sao Francisco. Did you know the construction started in 1602 and was finished two centuries later in 1888?

Our next stop will be the Quinta das Lágrimas and the Pedro and Ines Bridge. We'll learn all about what the Portuguese consider the most romantic love story of all time: the forbidden love of prince Pedro and Ines.

We'll move on to the Parque Verde do Mondego, considered one of the most beautiful parks in the city of Coimbra. After a stroll in the park, we'll head to the University of Coimbra, which was founded in 1290. Did you know it's one of the oldest in Europe?

Our last stop will be to visit the Botanical Garden of the University of Coimbra, a must-see spot in this city.

After two hours and 45 minutes, we'll end our tour.

Tours or activities will not consist of more than 5 people per group.

Learn all about this superior quality wine on this tour of the Dão region from Coimbra - perfect for wine aficionados and connoisseurs.

9.20 / 10 13 reviews
Discover the beautiful historical centre of Portugal's former capital with this Coimbra Private Tour. You'll have an exclusive guide for you and your family or
US$ 59.20 per group
Book
like

No rating yet
On this day trip we'll discover the beauty of the Serra da Estrela mountain range, one of the most beautiful natural landscapes in Portugal.
US$ 113.70
Book