Check out all the activities in Glasgow

This Outlander Tour takes you on your own magical, time-travelling trip, leaving Glasgow behind and immersing yourself in the world of Scottish history that lies just north of the city. 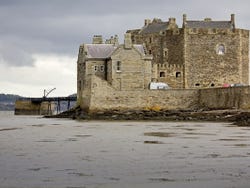 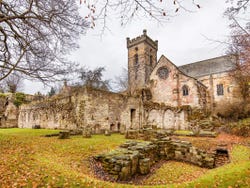 Just like Claire Randall, you'll be magically transported to back to the midst of the Jacobite rebellion in the eighteenth century... just in your case it won't be standing stones, but a comfortable bus, leaving the centre of Glasgow at 8:30 am.

Your first stop will be Doune Castle - home to the Mackenzie Clan in the series - where you'll even be able to take an audio tour of the area narrated by Sam Heughan himself (the actor who plays Jamie Fraser).

Having explored the castle and its grounds, the tour moves on to Deanston distillery on the banks of the River Teith to wet the whistle in the only distillery in Scotland to run entirely on renewable energy, with its power generated by on-site hydroelectricity.

Passing through the town of Sterling, we'll see the William Wallace Monument, in honour of the thirteenth century night who fought the English (and served as inspiration for the film Braveheart).

Then onwards to the Royal Burgh of Culross - perhaps the closest thing to a 17th-century village you can currently find in Scotland, featuring in Outlander as Claire's herb garden, and the Mercat Cross in Cranesmuir Village. You'll have free time to explore the quaint village, before moving on to see other filming locations:  Callendar House, (the set of the Duke of Sandringham's kitchen), Linlithgow Palace (Wentworth Prison) and  Blackness Castle (Black Jack Randall's headquarters).

With a full day immersed somewhere in between Scotland's history and historical fiction - the tour makes its way back to Glasgow, arriving at around 6 pm.

View complete description
US$ 61.30
Free cancellation up to 24 hours before the service starts
Book

Check out all the activities in Glasgow

No rating yet
Be introduced to the Scottish heroes William Wallace and Rob Roy, on this tour cruising on the stunning Loch Lomond, seeing the Trossachs national park and Stirling Castle.
US$ 53.40
Book
like

10 / 10 1 review
Take in the stunning landscapes of the Scottish Highlands, the Glencoe Valley and the mysterious Loch Ness, with murky secrets lurking in the deep...
US$ 66.10
Book
like

8.70 / 10 24 reviews
Board a comfortable open-top double decker hop-on hop-off bus and discover Glasgow and its main attractions while you learn about the city thanks to its pre-recorded
US$ 22.50
Book