History, tradition, legends, music and more... there's so much to be discovered on this tour of the most emblematic neighbourhoods in Granada. Not to be missed! 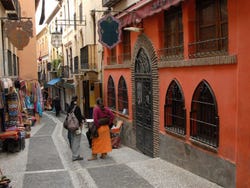 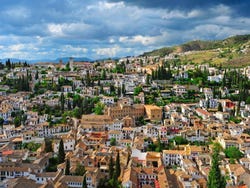 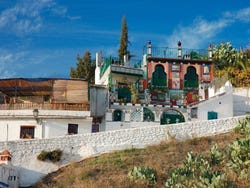 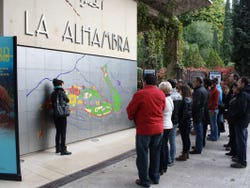 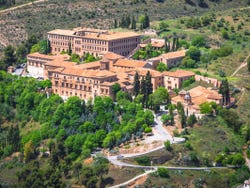 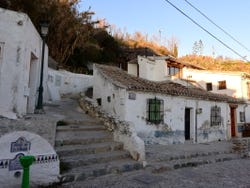 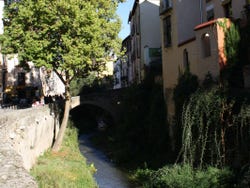 We'll meet in the Plaza de Isabel La Católica square in the centre of Granada and from there we'll walk towards the Albaicin. This area is considered to be one of the most beautiful, charming and historical spots in the city, and it won't take you long to realise why!

The Albaicin was home to the first civilizations in the region: Iberians, Phoenicians, Greeks, Carthaginians, Romans, Visigoths and Arabs inhabited the neighbourhood until it was eventually claimed by the Christians.

As we walk along its winding, cobblestoned streets, admiring its fountains and monuments, you'll understand why, in 1984 alongside the Alhambra, it was named as a UNESCO World Heritage Site.

We will then make our way to the Sacromonte. This neighbourhood is known world-over for its caves, gypsy culture, and its flamenco in the most authentic form.

On this guided tour, you'll see tanks, Mudejar churches and beautiful viewpoints, including the famous San Nicolás viewpoint with incredible views of the Alhambra. There is no better way to see the most iconic neighbourhoods in Granada!

Children under 12 must be accompanied by an adult. Bookings can be made for a maximum of three children per adult.

All of our providers comply with local legislation and applicable health recommendations regarding protective material and safety to help avoid the spread of Covid-19.

The activity takes place with a guide that speaks in english and other language.

Official tour guide with a passion for Granada.

26% discount on the official ticket price.

You can book up until 4 hours before the activity as long as there are still places. Book now to guarantee your spot.

Show the voucher on your phone to take part in the activity.

No, not suitable for people with reduced mobility.

US$ 22.90
US$ 16.90
No hidden fees or surcharges
Free cancellation up to 24 hours before the service starts
Book

9.60 / 10 8,515 reviews
What better way to get to know Granada than on a free walking tour with a local guide?! On this tour you'll see the hisotric centre with a local expert.
Free!
Book
like

9.60 / 10 29 reviews
Discover the incredible history and architecture of the impressive Alhambra, the Generalife and Nasrid Palaces thanks to your passionate and experienced guide.
US$ 59.10
Book
like

9.10 / 10 35 reviews
Be enchanted by the passion of flamenco and by Granada's gastronomy, in the Jardines de Zoraya kin the heart of the Albaicín neighbourhood.
US$ 24.10
Book