Visit the streets, bars and restaurants that the American writer used to frequent with this Hemingway's Cuba Guided Tour. Learn about the ship that inspired his work The Old Man and the Sea. 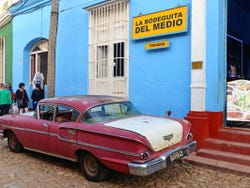 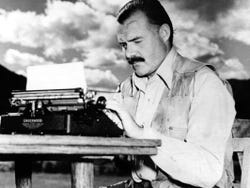 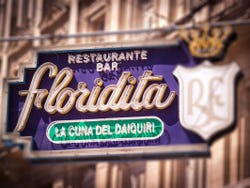 After picking you up at your hotel in Havana at 9 am, we'll visit Hemingway's Cuba, the American author who lived in the capital for more than two decades.

We'll visit La Vigía, the house the writer bought in 1949, to see some of his "treasures", such as his boat Pilar, a name inspired by the Pilar Beach that he uses in his novel The Old Man and the Sea. In addition, something that will call our attention during the tour is the pet cemetery, where the remains of his 4 dogs and 57 cats are found.

After learning the writer's secrets, we'll walk through Cojímar, a fishing village with protected coastal areas and the natural landscape of the Cojímar River Valley. We'll have a coffee and a Cuban rum at Las Terrazas, frequented by Hemingway's boat captain, Gregorio Fuentes.

We'll go to the hotel room that Hemingway (entrance fee not included) used to book at the Ambos Mundos Hotel. Inside the room, we'll see his old typewriter and some of his books, which are still there!

In the coastal area of Cojímar, we'll also visit the roundabout where the sculpture of the writer Ernest Hemingway is located, made of metal collected by his fishing friends. This monument was visited by different celebrities such as Imperio Argentina, Libertad Lamarque, Jorge Negrete, Hugo del Carril and Lola Flores.

The last stops will be La Bodeguita del Medio and El Floridita, the writer's favourite bar and restaurant. Did you know that he used to meet his friends and acquaintances from Havana there?

Once the tour is over, we'll return to your hotel in Havana.

up and return transfer.

Entrance to Hemingway's room at the Hotel Ambos Mundos: 5 CUP (US$ 0.20) per person.

8.10 / 10 23 reviews
Explore the contemporary side of the Cuban capital with this Modern Havana Free Tour. You'll visit the must-see locations around the city including Vedado.
Free!
Book
like Free

8.40 / 10 5 reviews
Explore one of the world's most important cemeteries with this free tour of the Colon Cemetery in Havana. You'll admire its magnificent mausoleums.
Free!
Book
like

8.80 / 10 736 reviews
Wander through the jungle and navigate through a thousand-year-old cave with this Viñales Valley Day Trip. You'll also discover the tobacco fields in Cuba.
US$ 67
Book