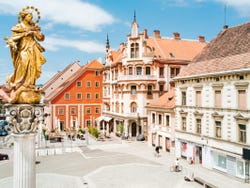 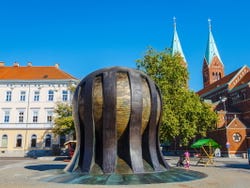 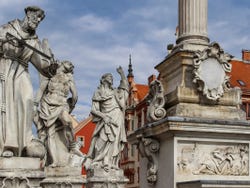 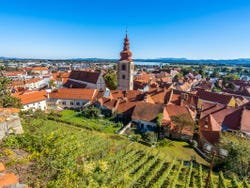 We'll pick you up at 8:30 am and we'll make our way to our first stop: Maribor, in the Stajerska region. Not only is this one of the most important winemaking regions in Slovenia, but Maribor is also one of the country's most notable cities.

We'll get to Maribor at around 10:30 am and we'll then take a guided tour to discover the most emblematic monuments and sights. We'll start the tour on the northern bank of the River Drava and from there we'll see the Jewish Tower, the main square and Slomšek square, which is home to the impressive Cathedral.

Before leaving the city, you'll have the chance to see the oldest vine in the world. It's over 400 years old! Plus, you'll also have an hour and a half free time to get lunch in one of the local restaurants.

Next, we'll get back on the coach and we'll head to Ptuj. This is the oldest city in Slovenia! We'll climb up to the castle to enjoy breathtaking views over the city, and we'll also visit a winery and enjoy a regional wine tasting.

From wine to beer... we'll then visit Žalec, home to Europe's first public beer fountain. Yep, you read that correctly! Located in a public park, this "fountain" has six taps of Slovenian craft beer for locals and tourists alike to enjoy. Cheers! Or ‘Na zdravje!’, as they say in Slovenian!

We'll then return to Ljubljana at 7 pm.

We will pick you up from one of the following hotels:

Transport in an air conditioned coach.

US$ 107.70
Free cancellation up to 48 hours before the service starts
Book

10 / 10 2 reviews
Take a trip to Triglav National Park and discover Slovenia's incredible natural beauty. Plus, see the Soca Valley and its wonderful waterfalls- unmissable!
US$ 83.50
Book
like

9.70 / 10 8 reviews
Bled's magical castle and lake have been the setting of numerous fairytales throughout history. Let yourself be spellbound by this wonderful area.
US$ 62.90
Book
like

Literally built on the side of a mountain, Predjama Castle guards some big secrets. This exciting tour takes you deep into the citadel.