Discover a beautiful part of the third-largest city in France with this Lyon Presqu'île Guided Tour. Explore the area classified as a UNESCO World Heritage Site since 1998. 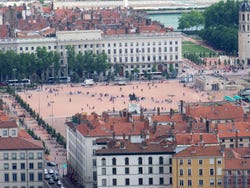 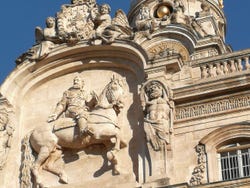 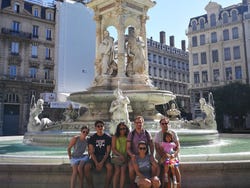 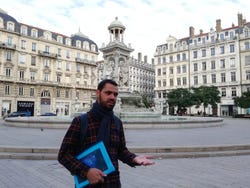 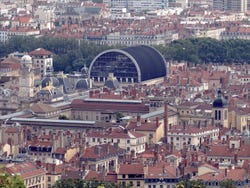 We'll meet at 2:30 pm on Place Bellecour, the largest square in Lyon, to explore the Presqu'île.

The guided tour will start in front of the statue of Louis XIV whose history will surprise you. From there, the guide will take you to discover this part of the city which extends over the 1st and 2nd districts of Lyon. While you will walk around admiring the architecture of the buildings, the guide will tell you the history of the Presqu'île.

After being speechless in front of the immensity of the Place Bellecour, you'll pass by the most emblematic locations around the central part of Lyon. You'll see the majestic Hôtel-Dieu, which was a hospital for centuries, the Saint-Nizier church and the Opera of Lyon.

To soak up the history and atmosphere of the Presqu'île, you'll also stroll along its main squares such as those of Les Terreaux and Les Jacobins.

Finally, the visit will end at around 5 pm at the Palais de la Bourse.

Tours or activities will not consist of more than 6 people per group.

Guided tour of the Presqu'île.

The activity helps to promote peace.

US$ 40.30
Free cancellation up to 48 hours before the service starts
Book

9.60 / 10 17 reviews
Discover Lyon in an original way, when you climb on board a fabulous tuk-tuk and ride through the streets of the beautiful French city.
US$ 23.70
Book
like

No rating yet
Ride along the Rhône and Saône rivers while discovering the history of Lyon and its transformation over time with this Lyon Bike Tour. A fantastic time to share
US$ 35.60
Book
like

No rating yet
Discover the magnificent vineyards with this  Rhone Valley Wine Tour. You'll be able to taste the Côte-Rôtie and Hermitage wines!
US$ 153.10
Book