Travel through the five continents without leaving Madrid at the Zoo Aquarium. Meet the pandas, the American bison and penguins - a wild day out! 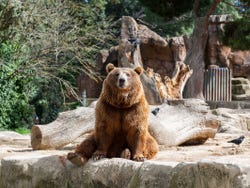 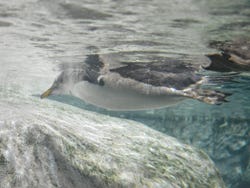 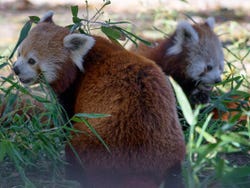 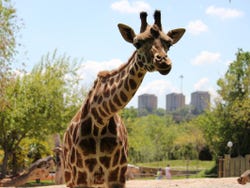 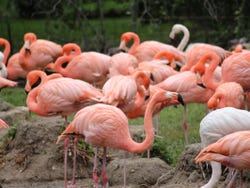 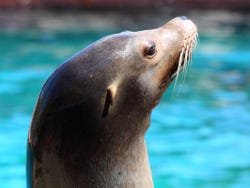 You can start your day in Africa, where you'll see the wildlife from the  Savannah Vantage Point. At three metres high, you'll admire the African prairie that is home to species such as meerkats and the Madagascan lemurs. You'll also get the chance to greet the western lowland gorilla, an endangered species. Did you know that it is the largest of the primates?

Then you'll travel to another continent to discover America, where you'll find typical species such as the American flamingo, the capuchin monkey and the American bison.

In Asia, you will be welcomed by the adorable giant pandas, the Bactrian camel and the binturong. Did you know they call it "the forest climber"? You'll also venture into the bear enclosure to get to know its inhabitants.

Next, you'll take a trip to Europe to see the European bison, moose and boar. And you can't leave without seeing the Spanish imperial eagle and the tufted duck.

You can end your travels in Oceania, where you'll be welcomed by some of the star species of the Zoo Aquarium, such as the koalas, emus and the sand tiger shark. You'll discover the incredible biodiversity of this continent as you marvel at the range of indigenous species.

Check out the 2020 opening times via this link.

* The price varies based on the chosen date

Ticket to the Madrid Zoo Aquarium

All services published on Civitatis are carried out in accordance with our Sustainability Code.

Simple and fast management. You only need to show the sheet and they scan it for you. It would be better if it was not necessary to print the ticket and show it from the mobile Opinion translated. Show original.

I travelled by myself
6

I had not been there for many years and I was unfavorably surprised that there are no longer two-seater electric cars to move you around the venue, which I had because I have a half-healed sprained ankle. It was all very clean, but I did not like that there was no capacity control in the Aquarium, being a totally closed area where it is easier to get Covid, even wearing a mask, and on top of that there were many children who did not wear it, not being obligatory. Opinion translated. Show original.

I travelled with teenagers
Show all the reviews
like Free

9.30 / 10 279 reviews
Take a free walking tour of Madrid and discover its most emblematic areas, monuments and buildings accompanied by a local bilingual guide and learn about its history and legends.
Free!
Book
like -18%