Discover the best of Palma de Mallorca on this private tour of the Balearic capital. Explore the ancient city's most iconic sights while your personal guide reveals all about its history. 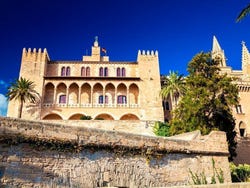 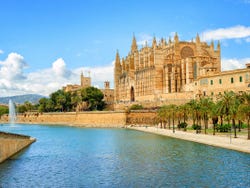 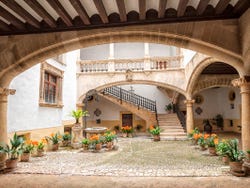 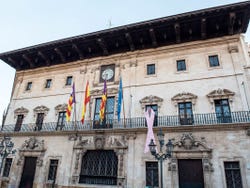 Why book a private tour?

When you reserve a private tour, you have the benefit of an English speaking guide just for you and your partner, friends or family - there will be no one else in the group. What's more, if you're a larger group, you'll save money!

After meeting your expert guide at the agreed time and place in the city centre, you'll begin your private tour of Palma de Mallorca.

Your route around Palma de Mallorca will take in its most emblematic monuments and landmarks, giving you an in depth experience of the extensive cultural and architectural heritage of the Balearic capital's historic centre. Lining the old town's picturesque streets you'll find many of the island's most important Gothic-style buildings. Amongst them, La Llotja de Palma stands out as an architectural masterpiece of the 15th century, whose façade gives a number of clues as to the city's merchant history.

Not far from the Llotja, you'll reach the imposing Santa María Cathedral, known commonly amongst the Mallorcans as La Seu. Can you guess the secrets hidden by the gargoyles that adorn its vast walls? In front of the church, you'll come across one of Palma's most beautiful Medieval monuments: the Royal Palace of La Almudaina. Numerous royals have resided in the majestic building throughout the centuries, leaving behind a long history of curious anecdotes.

Depending on your interests and preferences, you'll have the option to explore the district surrounding the Palma City Hall, locally called Cort. Little known to the majority of tourists, in the Middle Ages this area was occupied by the ancient Jewish Quarter. If you look carefully, you should be able to see its legacy to this day.

After approximately two and a half hours, you'll return to your original starting point, or another area of the city that you'd like to visit.

Start where you want!

As this is a private tour just for you and your group, you can choose a central meeting point in the city you'd like to begin your tour. You decide!

Exclusive private tour: there will be no other people in the group.

Entrance to museums and monuments visited on the tour.

Most areas are accessible. An accompanying person is required. This must be indicated in the reservation.

Per group from
US$ 118
Free cancellation
Book

8.50 / 10 13 reviews
Discover the depths of the Mediterranean with this beginner's diving lesson in Mallorca taught by professional instructors.
US$ 112.10
Book
like

Boat to Sa Calobra from Sóller

8.70 / 10 100 reviews
On this boat trip we will pass along the stunning north coast of the Mallorca coast, discovering Sa Calobra, an incredible hidden cove in the foothills of the Sierra de Tramontana.
US$ 27.10
Book