Delve into the legend of the world's most famous drug lord with this fantastic tour of the locations that marked Pablo Escobar's life in Medellin.

Delve into the legend of the world's most famous drug lord with this fantastic tour of the locations that marked Pablo Escobar's life in Medellin. 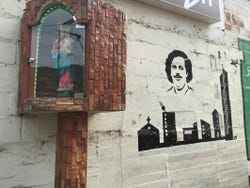 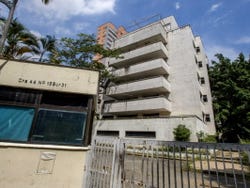 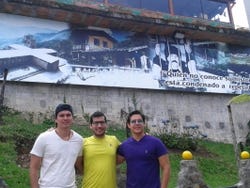 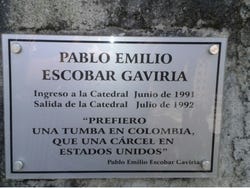 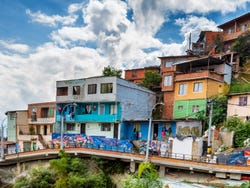 Our Pablo Escobar tour starts at pretty El Poblado Park. From here we head to the site of the Cathedral, the luxurious prison where Pablo Escobar was held. In 1991, the drug lord voluntarily entered this prison with the aim of being extradited to the United States, where he was wanted for crimes against public health, among others.

However, La Catedral was not an ordinary prison. Game rooms, swimming pool, bar, and even natural waterfalls filled the facilities of this sumptuous enclosure. Parties and the celebration of meetings between hitmen and drug dealers related to the Medellin cartel were frequent. We will also remember how Pablo Escobar escaped from the Cathedral in 1992, helped by his men.

We will make the next stop on our route in the Monaco Building, the former residence of the famous leader of the Medellin cartel. We will hear about some of the episodes that marked the organization's struggle for control of drug trafficking. Their main rival, the Cali cartel, perpetrated an attack with a car bomb right next to this building. The main objective was to eliminate Pablo Escobar, but that day neither he nor any member of his family was in the block of apartments.

The capo's freedom was very brief, as he died in 1993. We will visit the building where Pablo Escobar died and listen to the various hypotheses that exist about his death: Did he commit suicide? Was he executed by the United States? By Colombian forces? Was he betrayed by those he believed to be loyal?

We will end the tour at the Montesacro cemetery, where Pablo Escobar's grave is the most visited in the entire cemetery. After learning some anecdotes that have served as inspiration for the TV series Narcos, we will return to the original starting point where our adventure ends.

The capacity of all means of transport will be reduced to 60% of their maximum capacity.

At monuments, museums and attractions, the maximum permitted capacity will be a 60% of the total maximum capacity.

Entry to the places visited on the itinerary.

The activity helps to promote peace.

US$ 55
Free cancellation up to 3 days before
Book

Was the best tour we have ever had. I speak mostly English and my Fiancé more so Spanish and our guide gave us the tour in both languages! He was nothing short of awesome.

The guide Andrés by trained and with an excellent attitude of service. Super recommendable Opinion translated. Show original.

Very good explanation from Andrés at each point where we stopped and handling the subject 100%, congratulations Opinion translated. Show original.

6.40 / 10 9 reviews
Spend an unforgettable evening on the chiva rumbera party bus and explore the beautiful city of Medellín to see some of its most iconic landmarks!
US$ 28
Book
like

9.40 / 10 239 reviews
From beautiful colonial architecture to spectacular views from Peñón Rock: enjoy the best of Guatapé on this day trip from Medellin.
US$ 30
Book
like

10 / 10 10 reviews
Enjoy excellent panoramic views of Medellín with this fantastic paragliding flight. You will have a unique bird's eye view over the beautiful city!
US$ 66.30
Book