Discover the legacy of British rule in Menorca on this free walking tour of Mahon: learn all about the island capital's history as you explore its most emblematic monuments. 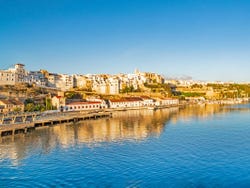 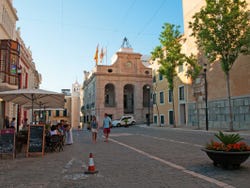 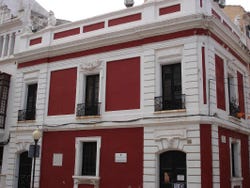 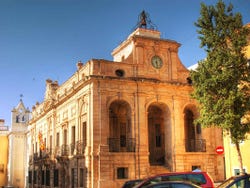 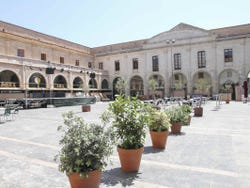 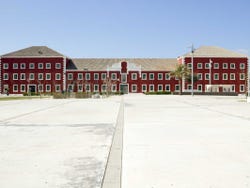 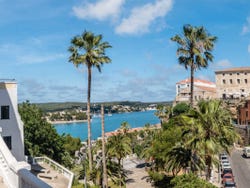 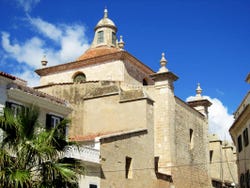 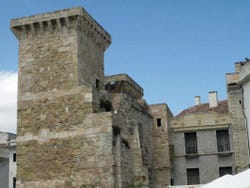 At the time of your choice, we'll meet at the taxi stand located at the intersection of Plaça de s'Esplanada and Avinguda de Josep Anselm Clavé. From this central point of Mahon we'll start a free tour to see the remains of the British Crown in the capital of Menorca.

First, we'll admire the façades of the Count of Cifuentes and Cala Corb barracks, built at the end of the 18th century under British rule. We'll continue exploring La Quintana making our way along Carrer de Hannover, where we'll hear all about the history of this German dynasty that reigned Great Britain.

We'll then reach one of Mahón's historic marketplaces, the Mercat des Claustre or Mercat Sa Plaça, located in a neoclassical courtyard. Next, we'll stop in front of the Principal de Guàrdia building, built in 1786 to house English security forces.

Afterwards, we'll arrive outside the City Hall, where we'll talk about military engineer Francisco Fernández de Angulo. During our free walking tour, we'll also stop at the Governor's Palace and the Museum of Menorca. Here we'll learn all about the exploits of Richard Kane, the British Governor of Menorca during the 18th century.

Our historic tour of Mahon will come to an end in Plaça de la Miranda, where we'll enjoy unparalleled views of the port.

9.70 / 10 212 reviews
Climb onboard a boat in Cala Galdana which will take you to some of the most beautiful coves around the south coast of Menorca.
US$ 75.50
Book
like

9 / 10 991 reviews
The best way to discover Menorca is from the sea. On this boat cruise you will explore the island’s prettiest beaches, situated on the southern coast.
US$ 59.90
Book
like

9.40 / 10 264 reviews
Grab your sunglasses, put your sun protection on and board the catamaran to sail through the waters of Menorca and reach the virgin areas of the island.
US$ 77.90
Book