Discover the pretty cobbled streets, red stone houses, and colonial buildings of one of the most enchanting cities in Uruguay: Colonia del Sacramento. Find out just why UNESCO decided this city was a World Heritage Site. 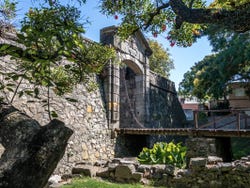 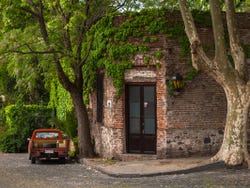 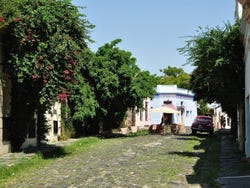 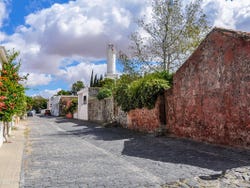 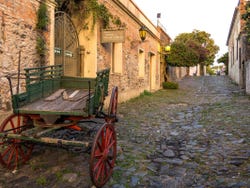 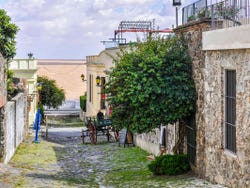 We'll collect you from your hotel at 8:15 am and set off by bus to the beautiful city of Colonia del Sacramento, home to a unique fusion of Spanish and Portuguese colonial architecture.

During the two hour journey, we'll witness the agricultural and industrial production which characterises the region of San Jose, the biggest producer of potatoes and milk in Uruguay.

We'll also explore the picturesque cobbled streets and admire the ruins of the ancient city walls. This UNESCO World Heritage Site will enchant you with its rows of flower-covered balconies and vintage cars parked along the streets.

Later, you will have free time to have something to eat and continue exploring the city at your own pace. In the afternoon we'll start our return journey to Montevideo, making a stop on the way at Granja Arenas Collections Museum, home to intriguing exhibitions including the largest collection of pencils in the world.

We will return to your hotel around 6 pm.

US$ 73.50
Free cancellation up to 24 hours before the service starts
Book

The right size itinerary to get to know Colonia del Sacramento. I would define it as essential. It is well worth it. Opinion translated. Show original.

The guide, Carmen very kind and friendly. Well informed and quite knowledgeable about the history of Uruguay and Colonia. We also got quite a bit of free time which is nice. Opinion translated. Show original.

I travelled with teenagers
8

It is a fairly simple excursion, but it is good to spend a different day in Uruguay. Opinion translated. Show original.

9.10 / 10 39 reviews
Discover Punta del Este and Piriápolis on this trip from Montevideo. We'll take you along Uruguay's glorious Costa de Oro coastline.
US$ 44
Book
like

7.90 / 10 25 reviews
Climb onboard the fantastic Montevideo sightseeing bus and take a fantastic panoramic tour of the city's iconic landmarks.
US$ 17.80
Book
like Free

9.80 / 10 115 reviews
Modernism and tradition combine in the old city of Montevideo. Discover its architectural legacy with this free tour around the Uruguayan capital.
Free!
Book