Delve into an authentic Cold War bunker and discover the secrets of a period marked by espionage and the threat of an imminent nuclear missile attack. 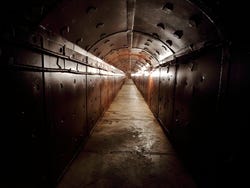 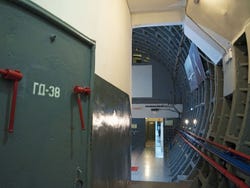 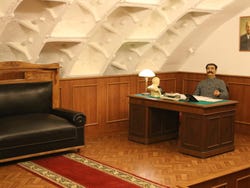 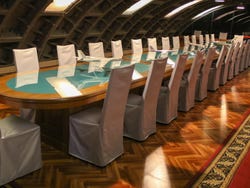 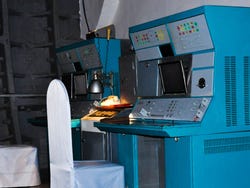 Greet your English-speaking guide at the Cold War Museum ticket office, situated in the heart of Taganka district, in Moscow.

The museum is inside the world-famous Bunker-42, 65 meters below ground level. The shelter was built mid-twentieth century, during the Cold War. The Cold War period was characterized by a pressing fear of a nuclear war, consequence of the growing tensions between the Western bloc and Eastern bloc.

Visit the various rooms and passages that were set up to house nearly 3.000 people in case of a nuclear attack. The rooms had airtight doors, food, water, fuel and a ventilation system.

Discover the equipment room and the powerful war-proof telecommunications system inside the bunker. While you wander through the numerous halls, your guide will relate the horrifying stories about Soviet spies and the messages sent to and from the URSS during the Cold War. Bunkers built from 1947 to 1991 were not only built to protect citizens, but they also included new strategies to weaken their enemy.

Your tour will come to an end at the museum’s ticket office.

You must walk down 18 flights of stairs to access the bunker. Guests with reduced mobility can take an elevator, which is in a nearby restaurant, accompanied by your guide, instead of walking down the stairs.

No rating yet
Is there any better place to taste vodka than in Moscow? On this tour, you will become an expert on this quintessential Russian drink and try local snacks too.
US$ 58.80
Book
like

10 / 10 1 review
See the Russian capital's most important sights on board its most emblematic vehicle on this guided tour of Moscow in a Soviet van!
US$ 82.30
Book
like Free

8.40 / 10 17 reviews
Embark on a 2.5-hour free walking tour of the capital of Russia and discover its top sights including, the Red Square, St Basil’s Cathedral, the impregnable Kremlin, among others
Free!
Book