Fascinating mysteries and legends lie waiting to be discovered under the starry night sky of Murcia. Join us on this fantastic tour to find out all about these stories. 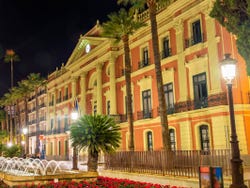 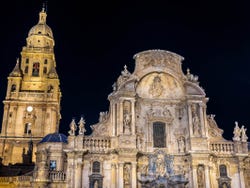 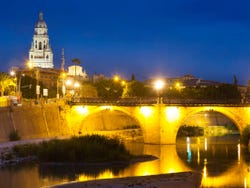 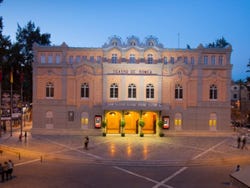 Mysteries and Legends Tour of Murcia

Josefa Gómez ran a modest hostel called "La Perla" with her husband. Everything was going well until her husband became infatuated with a maid who was only 13 years old, and then she decided to poison him. The woman was condemned to die on the gallows near the Old Bridge (Puente Viejo) in Murcia, the first stop on our tour. But the story doesn't end there. Far from it. The death sentence significantly altered the city for various reasons that we will reveal during the tour.

Leaving behind the Puente Viejo over the Segura river, we will head to the Cathedral Square in Murcia. Here, you will discover how wine, an elderly bell-ringer of Murcia Cathedral, and even the devil himself, are involved in a famous saying they have here. You will also encounter spooky tunnels where you will hear some terrifying true stories.

The enchanted mansion on Rambla Street is the setting of our next story. The main character of the story here is the famous Spanish diplomat and noble Diego de Saavedra Fajardo. You will learn why his former residence is also known as "La casa del duende" (The house of the elf).

We will conclude the tour in front of the Romea Theatre over which looms an ancient prophecy. Proof of this are the two fires it has suffered during its history. And, according to an old curse, a new disaster is looming on the horizon...

English speaking guide specialized in the history of Murcia.

US$ 10.70
Free cancellation up to 6 hours before the service starts
Book

Free! Free cancellation up to 6 hours before the activity starts. If you cancel under this time or do not show up, you will not be refunded.

I travelled with small children
6

No rating yet
Enjoy free entry and discounts at the top tourist attractions of one of Spain's most beautiful cities when you purchase the Murcia Tourist Card.
US$ 14.30
Book
like

9.70 / 10 96 reviews
Admire centuries of beautiful architecture and discover curious facts on this guided Spanish-language tour of Murcia's historic centre.
US$ 14.30
Book
like

9.60 / 10 11 reviews
Explore Terra Natura, a zoological park where you will find more than 300 animals from every exotic corner of the globe and the local region.
US$ 17.90
Book