Hidden among the mountains of the region of Axarquía in Malaga, the pretty white towns originating from Andalusia’s Mudejar past will captivate from the very first instant you set eyes on them. 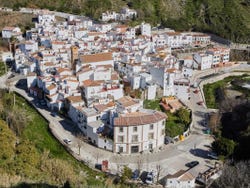 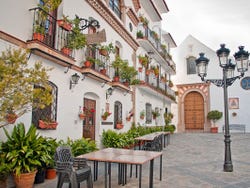 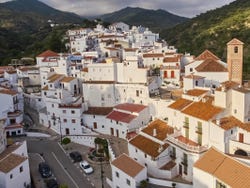 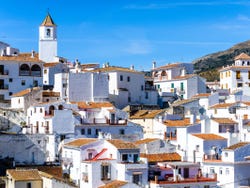 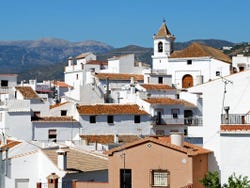 Once we collect you from your hotel in Nerja we will head towards the white towns situated in the mountains of Axarquia, one of the most enchanting parts of the province of Malaga.

Even among the prettiest locations in this area, Archez stands out. We will take a brief tour through the cobbled streets of whitewashed houses into the artistic and architectural treasure that is its Mudejar neighborhood. This was the name used to describe the Muslims that remained in the territory after it was reconquered by the Christians. Their Mudejar cultural legacy is huge and its vestiges are still seen and felt today in all aspects of life in Spain.

We continue the tour by visiting the nearby white towns of Canillas de Albaida and Salares, places which also belong to the Mudejar route which runs through the province of Malaga. Our trip then goes to the village of Sayalonga where we will rest and recover with a delicious local lunch.

You can choose between two first courses, two second courses, and two desserts. The menu, which also includes a drink, offers you the perfect opportunity to appreciate the delicious gastronomy of Axarquía. After eating we then finally head back to Nerja.

English speaking guide specialized in the history of the white towns of Andalucía.

10 / 10 2 reviews
The white towns of Torrox, Competa, and Sayalonga possess a very special charm. Tour these pretty municipalities of Malaga and try their delicious muscatel wines.
US$ 68.80
Book
like

No rating yet
Discover captivatingly picturesque Comares and delve into traditional Malaga on this day trip to one of Andalusia’s most historic whitewashed towns.
US$ 68.80
Book
like

No rating yet
Put your sunglasses on and grab your flip flops... are you ready for a day of sun, sand and sea on this cruise along the Mediterranean Coast from Nerja?
US$ 80.60
Book