Labyrinthine and mysterious, the Odessa catacombs hide secrets around every corner. Dare to explore the underground galleries on this unforgettable English-language guided tour. 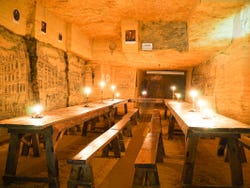 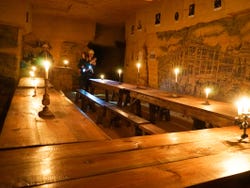 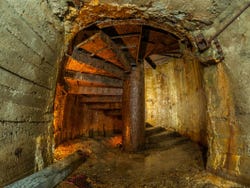 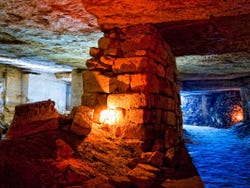 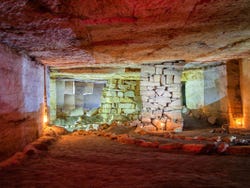 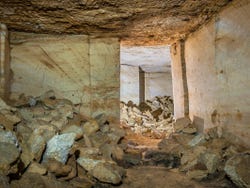 At your chosen time on the day of the tour, we'll pick you up from your hotel and drive over to Nerubayskoe, where the famous catacombs await us. Ready to explore underground Odessa?

Odessa's catacombs are one of the world's largest urban cave systems, running up to 1,600 miles (2,500 km) underneath the city. Most of the tunnels originate from old stone mines, but when mining was banned in the city centre after the 1917 Russian Revolution, they were adopted for other activities. From air raid shelters to smugglers' lairs and even rumoured Freemason meeting places... our guide will separate the fact from fiction and reveal the history of the mysterious catacombs as we explore the different galleries.

Visiting the Museum of the Partisans, located in the catacombs themselves, we'll learn how underground resistance organisations lived here during the war, and how over the past decades their secrets have remained hidden under Odessa.

At the end of the three-hour tour of the catacombs, we'll emerge back into daylight and take you back to your hotel in Odessa.

Transport by car, minibus or bus depending on group size.

Private and exclusive tour, there will be no one else in your group.

Per group from
US$ 169.50
Free cancellation up to 24 hours before the service starts
Book

Free! Free cancellation up to 24 hours before the activity starts. If you cancel under this time or do not show up, you will not be refunded.
like

No rating yet
Discover Odessa's fascinating history and cultural heritage on a guided walking tour of the elegant Ukrainian city's most important monuments and landmarks.
US$ 24.20
Book
like

No rating yet
Odessa is one of the cultural capitals of the Black Sea. Discover its history and heritage on a private guided tour with an exclusive English speaking guide.
US$ 121 per group
Book
like

No rating yet
Ukrainian cuisine is a fusion of different recipes from across Eastern Europe. Delve into new flavours on this food tasting tour of Odessa​.
US$ 108.90 per group
Book