Prague is a fairytale city... until night falls and the narrow streets of the old town overflow with legends and ghosts. Discover them on this night tour... 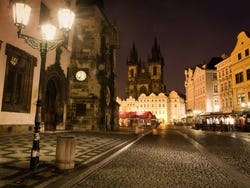 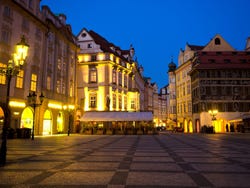 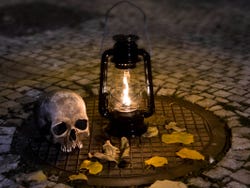 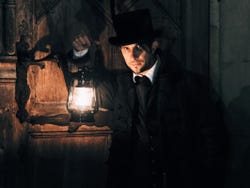 Medieval churches, streets which seem to be ripped straight from the pages of a fairytale... the charm of the Czech capital disappears with the sun. On our night tour of Prague we'll get to know the most terrifying legends, mysteries and ghost stories which are only more terrifying with the sun down.

We'll begin our tour un the Old Town Square. The mass tourism this central spot is known for by day has nothing to do with its character by night. The peaked and suggestive towers of the Týn Church mark our path, diving into the nooks of the oldest area in the city. Passing through its narrow paved roads we'll learn about how the horror and tragedy of senseless humanity took over these streets not long ago...

The tormented past of the city stops certain melancholic souls from sleeping soundly. The ghosts of Prague are something slightly more than myth. We'll learn of their spookiest stories mixed in with paranormal activities which modern science remains unable to fully explain. And despite being forgotten, some of the abandoned cemetaries will show the less friendly face of Bohemia.

We'll also run through Prague's old Jewish Neighbourhood, looking for the legends which this area of the city guards. Dripping with the mysteries of the hidden Prague, we'll return to the point at which we began: the Old Town Square.

You can book up until 4 hours before the activity as long as there are still places. Book now to guarantee your spot.

Wheelchair accessible. An accompanying person is required. This must be indicated in the reservation.

Awesome tour! Liam is a great entertainer and Prague at night is even more beautiful. I've been visiting this city almost ten times yet, and this tour had me see some places I've never seen before.

I travelled with teenagers
8

8.60 / 10 227 reviews
Enjoy a spectacular night in an underground tavern in Prague: you'll eat a delicious dinner and take part in a medieval show. An unforgettable night!
US$ 58.10
Book
like Free

9.30 / 10 879 reviews
Your first time in Prague? Get to know the principal sights of "the city of a hundred spires" with this free walking tour of the Czech capital.
Free!
Book
like

8.30 / 10 1,189 reviews
The Prague Card allows for free access to the 60 best attractions in the city, and even includes public transport: unmissable!
US$ 86
Book