Discover the exciting history of the Royal Site of San Ildefonso with this fantastic free tour of one of the most beautiful towns in Segovia province. 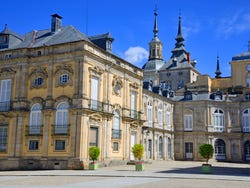 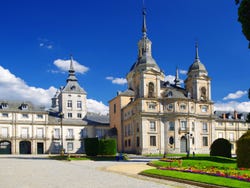 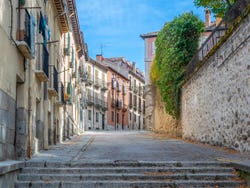 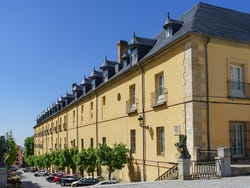 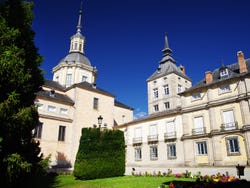 We will begin the free tour of the Royal Site of San Ildefonso by meeting up at 5 pm in the elegant Plazuela de la Calandria square. There we will hear about the origins of the municipality and its links to the kings of Castile, who used to hunt in these Segovian spots next to the Guadarrama mountain range.

In this square, we will also see the beautiful façade of the church of Nuestra Señora de los Dolores, which dates back to the 18th century. Around the same time, under the enlightened reign of King Carlos III, the magnificent Queen's Gate was also built. We will tell you the story of this portico, which together with the Puerta de Segovia is one of the main entrances to the Royal Site of San Ildefonso.

Between these two gates is the impressive Casa de los Infantes. Stopping in front of this historic building, we will tell you how it evolved into the current Parador of La Granja, part of a network of luxury hotels housed in historic buildings around the country. From there, we will continue the free tour next to the former premises of the Guardia de Corps and the Royal Stables.

The next stop is in Plaza de España square, where we will see the rear façade of the Royal Palace of La Granja de San Ildefonso. The whole complex is in a markedly French style, which was to the taste of King Felipe V. The first Spanish monarch of the House of Bourbon wanted to build a "miniature Versailles" to remind him of his native country.

At 7 pm, we will conclude the free tour by observing the Royal Collegiate Church of the Holy Trinity from the outside. Unlike the vast majority of Spanish monarchs who rest in the Royal Pantheon at El Escorial, Philip V and his second wife, Isabel de Farnesio, are buried there.

I travelled with small children
Show all the reviews
like Free

9.20 / 10 41 reviews
Discover the myths and legends of the garden fountains of the Royal Palace of La Granja with this fantastic free tour..
Free!
Book