Enjoy an exciting tour over the Napoleonic bastion with this Fort Boyard Helicopter Ride. During the flight, you'll also fly over other defensive enclaves in the area. 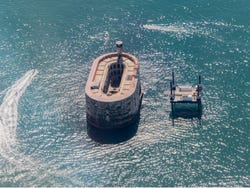 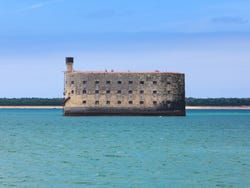 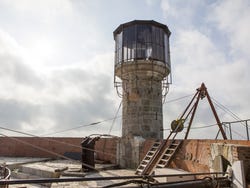 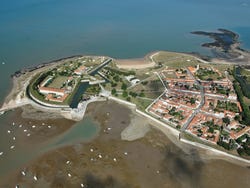 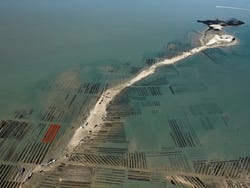 At the appointed time, we'll take off from Saint-Pierre-d'Oléron aerodrome. As the helicopter takes off, we'll contemplate from the aeroplane the beautiful landscapes of the island of Oléron. A postcard image!

Off the coast of this French island of New Aquitaine stands an impregnable bastion in the middle of the Atlantic. Fort Boyard, built on the orders of Napoleon Bonaparte to protect the Rochefort arsenal. While we fly over this area we'll also get to know some curiosities of the television programme Fort Boyard, which made this fort popular all over the world.

We'll continue the helicopter ride over the island of Aix, whose walls are less than three kilometres from Fort Boyard. We'll also have a bird's eye view of La Pointe de La Fumée: a large peninsula in the town of Fouras. From its port, the boats that connect this town with the island of Aix, located a few kilometres away, set sail.

Just at the end of La Pointe de La Fumée we'll see another defensive enclave, called Fort Enet. This bastion is located just one kilometre from Fort Boyard and, like this one, its function was to protect the access to the Charente River. Its riverbed, which flows next to the nearby Madame Island, was vital for defending Rochefort's arsenal.

After 20 minutes flying over Fort Boyard and its surroundings, we'll finally land at the Saint-Pierre-d'Oléron airfield.

The tour will take place on board an Airbus H125 Ecureuil single-engine helicopter, which has a maximum capacity of 5 passengers. This type of aircraft reaches a cruising speed of up to 220 kilometres per hour, making it one of the fastest in its class.

Tours or activities will not consist of more than 6 people per group.

The activity takes place with a pilot that speaks in english and french.

Free! Free cancellation up to 21 days before the day of the activity. If you cancel under this time or do not show up, you will not be refunded.