Admire the Coca Castle, the walls of Ávila and the Sierra de Gredos from the heights with this Segovia Fly-Over Tour. A unique experience you'll never forget! 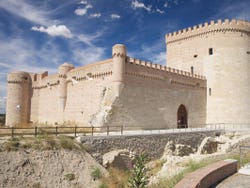 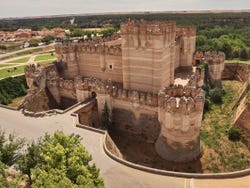 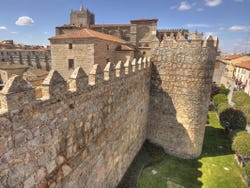 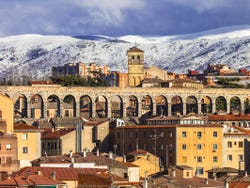 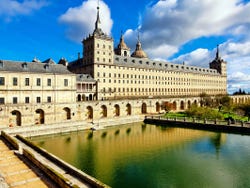 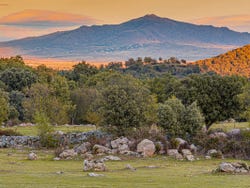 At the time you choose, we'll pick you up at your hotel in the province of Segovia and head to the Eduardo Castellanos Aerodrome in Villacastín. Here we'll attend a 30-minute talk on the basic safety rules to be followed during the flight and then commence take off. After 1 hour in a light aircraft, we'll take you back to your hotel.

When you make your reservation you can choose one of the following three routes:

We'll start this itinerary by flying over one of the most beautiful Segovian fortresses, Coca Castle, an architectural jewel in the Gothic-Mudejar style! After admiring this bastion from the air, we'll fly to the province of Ávila to get a bird's eye view of the Arévalo Castle, a beautiful monument of medieval origin that belonged to such illustrious figures as the Catholic Monarchs.

From the plane, we'll head towards the Sierra de Guadarrama, the mountain range that marks the border between the provinces of Segovia and Madrid. We'll look at the beautiful landscapes of the Peñalara Natural Park, which is home to a vast array of glacial cirques, lakes and peaks. To conclude this route, we'll "walk among the clouds" over the rugged peaks of the Sierra de Gredos.

On this route, we'll fly over the Alcazar and the Segovia Aqueduct. We'll also admire the fortified walls of Ávila, which have been declared a UNESCO World Heritage Site. During this tour, we'll also enjoy a flight over the famous monastery of El Escorial, the architectural masterpiece of Philip II.

The flight will be made in a 2-seater plane, that is, it will only have capacity for the pilot and a single passenger.

Although the maximum number of participants is 4, each passenger will carry out the activity individually at the selected time.

Tours or activities will not consist of more than 2 people per group.

At monuments, museums and attractions, the maximum permitted capacity will be a 10% of the total maximum capacity.

1 hour flight on the chosen route.

Video of the experience.

From
US$ 170.90
Free cancellation up to 12 hours before the service starts
Book

Free! Free cancellation up to 12 hours before the activity starts. If you cancel under this time or do not show up, you will not be refunded.
like

9.70 / 10 21 reviews
Soar through the sky in Segovia. This hot air balloon ride is an unforgettable experience giving you the best views of the UNESCO World Heritage city.
US$ 189.90
Book
like

9.20 / 10 12 reviews
Discover one of the 15 Spanish cities declared a UNESCO World Heritage Site with this Private Tour of Segovia. You'll have an exclusive guide as you explore.
US$ 106.80 per group
Book