Unexplained events, mysteries... Dare to explore Seville's paranormal side with this night tour through the most surprising places of the Andalusian capital. 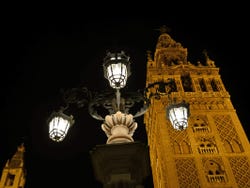 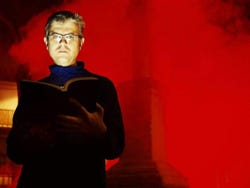 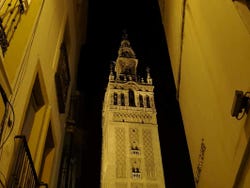 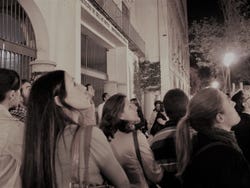 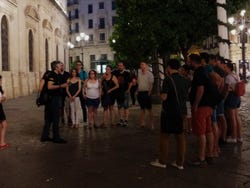 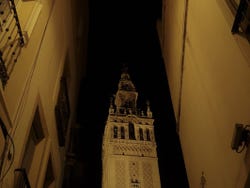 Voices from beyond the grave, cries, laments, sad laughter of children who never reached adulthood... Why are there strange sounds in some parts of the city of Seville? Our guide, expert researcher José Manuel García Bautista, will explain these and many other mysteries during the night tour of the most paranormal parts of Seville, which will begin in the Plaza Nueva.

Among other places, our steps will take us to Cabeza del Rey San Pedro Street. In this area of the centre of Seville we'll see the bust of King Pedro I of Castile, a monarch who, according to the chronicles, liked to walk incognito at night. However, one of those early mornings the peaceful walk of the regent ended in tragedy...

We'll make another stop in Laraña Street, in front of the Faculty of Fine Arts. Several cleaning staff and security guards of the centre claim to have heard, during the night shift, whispers, sighs, blows... Some even claim to have clearly distinguished the strumming of someone desperately trying to lift the lid of the coffin in which he is buried. And the fact is that the faculty is built on... well, let's not spoil the eery surprise!

After going through (and being overwhelmed by) other rather murky events that took place in Seville, we'll return to the starting point.

This tour is not recommended for all those who are particularly sensitive to paranormal events, as we'll be listening to recorded psychophonies at some points on the tour.

Tours or activities will not consist of more than 10 people per group.

US$ 12.10
Free cancellation up to 24 hours before the service starts
Book

9.40 / 10 58 reviews
Explore the beautiful Guadalquivir river in a fun way when you rent a kayak. Don't miss this opportunity to enjoy Seville from a unique perspective!
US$ 18.20
Book
like

10 / 10 1 review
Enjoy Seville in a unique, fun way when you rent a paddle surfboard. Combine sport and sightseeing as you drift down the beautiful Guadalquivir river.
US$ 18.20
Book