Climb the hills of Sintra and visit the Castelo dos Mouros, a beautiful 12th-century Arabian walled fortress, with this admission ticket. 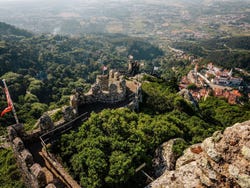 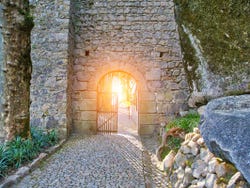 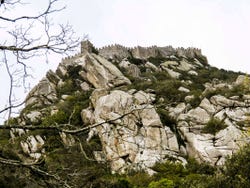 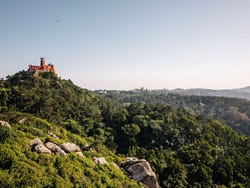 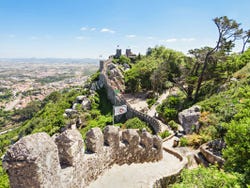 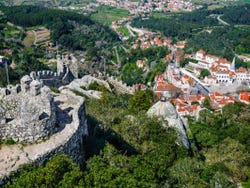 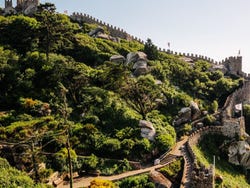 With this ticket to the Castelo dos Mouros, you'll discover this Arabian fortress in Sintra surrounded by walls.

The Castelo dos Mouros was part of the defense of Lisbon during the Islamic occupation of the peninsula. After the troops of Alfonso Henriques, the first king of Portugal, claimed the territory for the Christians in the 12th century, the Muslims left the fortress and a medieval village was built on its grounds.

After the end of the war between Muslims and Christians in the 15th century, the village and castle were abandoned until the 19th century, when King Ferdinand II decided to restore them. The historical and cultural heritage in this area, including the Castelo dos Mouros, led UNESCO to declare Sintra a World Heritage Site in 1995.

Since the 1970s, archaeological excavations have taken place at the Castelo dos Mouros and its surroundings. These excavations have led to numerous discoveries about the fortress and all the events it has born witness over the centuries.

By purchasing this ticket, you can visit this incredible site and also enjoy wonderful views of the Sintra mountain range and the neighboring Pena Palace.

The Castelo dos Mouros is open Monday to Sunday from 9 am to 6 pm.

Children under 6 years old don't need to pay for the ticket, but you must go to the ticket office at the Castelo dos Mouros to pick up their tickets.

All services published on Civitatis are carried out in accordance with our Sustainability Code.

10 / 10 2 reviews
Come with us to discover Sintra, a city hidden amongst the hills. You'll explore its streets, get to know its history, and admire its palaces and villas
Free!
Book
like

7 / 10 12 reviews
The sightseeing bus is the ideal way to get to know the main attractions of Sintra, the jewel of Lisbon. Sit back, relax and take in in the grandest views of the city.
US$ 23.60
Book
like

No rating yet
Explore the beautiful city of Sintra and get professional pictures next to its main monuments on your own phone or camera with this photography tour!
US$ 69.80
Book