Wine lovers are in for a treat on this guided tour of southern Tenerife's vineyards. Discover the Canary Island's great vinicultural traditions as you indulge in the best local tastes. Unmissable! 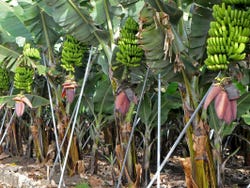 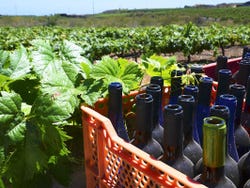 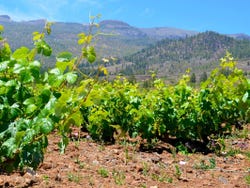 Having been picked up from your hotel in southern Tenerife, you'll head in the direction of the coastal Las Galletas area, where you'll visit the Las Margaritas Banana Finca. Exploring the plantation, you'll discover how one of the Canary Islands' star products is cultivated. After seeing the different areas of the agricultural zone, you'll be treated to a tasting of Tenerife's most typical delicacies, made from gofio, a flour made from roasted grains, palm syrup, and of course bananas and other fresh fruits grown on the island.

You'll then be taken to one of Tenerife's best wineries, or bodegas. Depending on the season and the availability on the day, you might visit Cumbres de Abona or Mencey de Chasna. Touring the winemaking facilities, you'll learn the secrets of the production process that make Tenerife's wines so delicious, before you get to experience them for yourself. Enjoy a Canarian wine tasting and see if you can distinguish the unique aromas, tastes and other nuances that characterise the local liqueur.

Continue on your wine tour of south Tenerife, this time heading to the quaint village of Vilaflor. Here, you'll pay a visit to Bodegas Reverón, a winery where you'll indulge in another wine tasting guided by expert oenologists. Accompany your drinks sampling with a traditional Canarian lunch, including local specialities like almogrote, a type of pâté made of cheese and peppers which is unique to the archipelago.

At the end of an unforgettable day full of delicious foods and wines, you'll be returned to your hotel in the south of the island.

Children under 18 years old are not permitted on this tour.

Hotel pick up and drop off (at accommodation located in south Tenerife).

Entrance to and tasting of products at banana plantation.

Visit to and tasting of wines at a winery in south of Tenerife.

The tour was very fun, and the food was tasty. Only drawback is the pick up and drop off process, but I think most the tours around here do it the same way.

9.60 / 10 129 reviews
Glide along the Atlantic Ocean just off Costa Adeje on board a modern and comfortable yacht and enjoy a 3-hour dolphin and whale cruise.
US$ 65.20
Book
like

9.60 / 10 83 reviews
If you like water parks and want to visit the most famous zoo in the Canary Islands, this combined ticket to Loro Parque and Siam Park is perfect for you.
US$ 39.10
Book
like