Let the charm and history of the Austrian capital seduce you. Explore Vienna's most iconic monuments with an expert English-speaking guide on this walking tour. What's more, it's FREE! 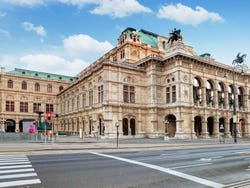 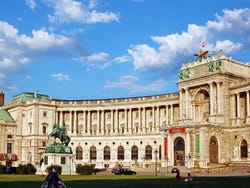 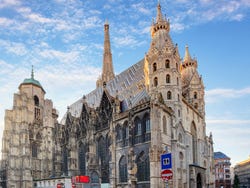 Meet your guide at the scheduled time in front of the Danubius fountain in Albertinaplatz, in the heart of Vienna's historic centre. From here, you'll begin your free walking tour of the Imperial city, delving deep into its legendary culture, history and traditions.

In a city known worldwide for its incredible music, it's only right that the first stop on your tour will be the Vienna State Opera, or Staatsoper. The Neo-Rennaissance style building, which was bombed during World War II, is home to one of the world's best-renowned opera companies. After admiring its architecture and hearing about its history, you'll continue your walking tour to St Stephen's Cathedral, or Stephansdom, whose spectacular Gothic-style spire can be seen throughout almost all of Vienna.

Admiring the diverse architectural styles that make this city so interesting, you'll make your way to its most visited monument: the Hofburg. The Imperial Palace was the residence of the Habsburgs for over 600 years. As you explore the different buildings that make up the historic complex, your guide will reveal curious facts about the most influential dynasty in Europe's modern history.

Following in the footsteps of the Habsburg family, you'll then arrive at the Imperial Crypt, the final resting place of over thirty different Austrian emperors and empresses. Amongst the royal tombs, the sarcophagi of Franz Joseph I and the beloved Empress Sissi are particular highlights. Not far from the crypt, the Burggarten is located. This peaceful urban park is home to a sculpture of the most famous Austrian musician of all time: Mozart.

Continuing your free walking tour, you'll take a stroll though Vienna's Jewish Quarter, discovering the important events that took place in this historic neighbourhood. The final stop on your route will be the ancient St Rupert's Church, considered to be the oldest church in the city.

Entrance to museums and monuments.

The explanations were very good and we knew a lot of details from the Austrian history. Also, we got great recommendations about where have lunch. We spent 1 hour 40 minutes and it would be great if we had spent 20 minutes mores in the different buildings in order to enjoy their different facades or spend any time to take pictures (because it was quite difficult at least).

Very professional tour, explaining the basics of the city, the culture and way of life of austrian and vianese people. Totally recommended

9.20 / 10 132 reviews
Can you imagine listening to a classical music concert in its world capital? At St. Anne's Church in Vienna you'll listen to pieces by Mozart, Schubert and more
US$ 34.40
Book
like

8.70 / 10 422 reviews
The Vienna Pass allows free access to more than 60 attractions in Vienna, including the Schönbrunn, Hofburg and Belvedere palaces, Mozart's house and much more.
US$ 93.70
Book
like