Admire the charming archipelago off the coast of Pontevedra from the heights with this Cies Islands Flyover Tour. Enjoy a natural paradise of the Rías Baixas! 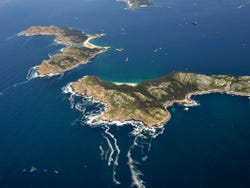 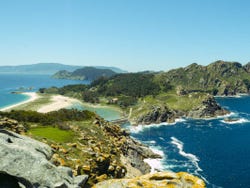 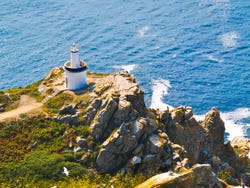 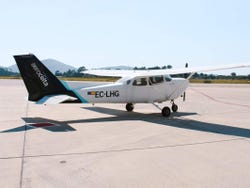 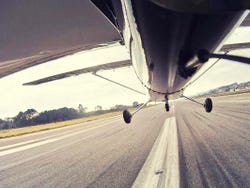 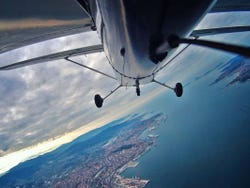 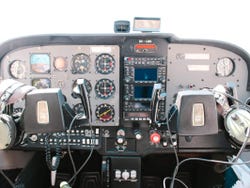 We'll meet at the time of your choice at Vigo airport. After a brief safety briefing, we'll take off in a small plane to the Cies Islands.

Off the coast of the province of Pontevedra, not only do the Rías Baixas stand out, but also their small floating territories. Among them, the most outstanding is the Cíes Islands archipelago, a beautiful enclave included in the National Park of the Atlantic Islands of Galicia.

With this light aircraft tour, we'll admire the islands of San Martiño, Faro and Monteaguado, the main islands of the Cíes archipelago. In addition, we'll see the most famous sandy areas of the islands from a bird's eye view. The most popular of all is the Rodas beach, which was listed in 2007 as "the best beach in the world" according to the British newspaper The Guardian.

After a 30-minute flight, the tour will end returning to Vigo airport.

The flight will be made in a light aircraft with a capacity for 3 passengers plus the pilot.

* Children under 9 years old are not allowed to take part in this activity.

Private and exclusive tour, there will be no more people in the group.

Per group from
US$ 230.20
Free cancellation up to 48 hours before the service starts
Book

The flight was beautiful, with an unbeatable weather, but the best of all was the treatment that Miguel gave us, who could not have been friendlier or more attentive. We send you a big hug from Alicante and all our gratitude. We would repeat the experience without hesitation. Opinion translated. Show original.

A fantastic experience to be able to fly over Vigo and the Cíes Islands in a private plane. In addition, the pilot Miguel was a great company, explaining everything to us, telling us anecdotes and even allowing us to drive the plane. If we return we will repeat for sure Opinion translated. Show original.

Ferry to the Cies Islands

9 / 10 1,199 reviews
The Cíes Islands are a natural paradise off the Galician coast that any visitor to the area simply can't miss! Enjoy a day in this stunning natural park.
US$ 21.20
Book
like Free

9.40 / 10 1,310 reviews
Let yourself be enchanted by Vigo's urban charm exploring its streets and visiting its most emblematic monuments on this free walking tour of the Galician city.
Free!
Book
like

10 / 10 1 review
Do you want to discover one of the most beautiful parts of the Ría de Vigo? Take a comfortable ferry ride to the island of San Simón and explore this historic
US$ 17.70
Book