Visit the old town of one of the most outstanding cities in Murcia with this Águilas Private Tour. Enjoy a route just for you and your partner, family or friends! 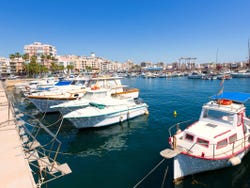 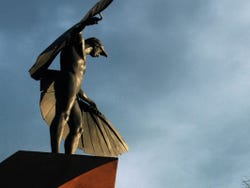 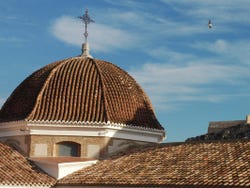 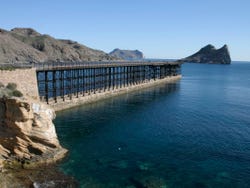 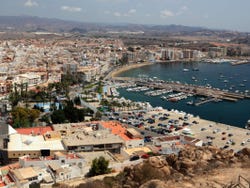 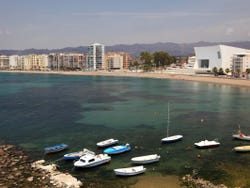 We'll start the private tour of Águilas by meeting at the time of your choice at Avenida del Hornillo. From there we'll go to the nearby corner of Los Casucos, a beautiful staircase whose steps and balustrade, inspired by Gaudí's designs, are the work of the artist Juan Martínez Asensio.

Then we'll walk around the El Hornillo wharf. This iron footbridge, which allowed ships to be loaded with the minerals extracted in the area, dates from the beginning of the 20th century. We'll reveal some curiosities about the mining history of Murcia, in which characters such as the engineer Gustavo Gillman stood out. He spoke 11 different languages!

Our next stop will be the Icarus sculpture and the Railway Monument. We'll continue the walk through the old town of Águilas, whose heart is the Plaza de España. We'll stop to contemplate the façade of the Town Hall and the parish church of San José, which has two twin bell towers.

During the walk through the old town, we'll also talk to you in more detail about the history of Águilas. The origins of the city date back to Roman times, but its current layout dates back to the 18th century. The reason for this can be found in the enlightened government of Carlos III, who for various reasons that we'll reveal to you on the tour, decided to promote the urban development of Águilas.

The tour will end by visiting other parts of the historical centre of Águilas.

By booking a private tour you'll have a more personalised service, with an exclusive English speaking guide. There will be no other people in the group except your partner, family or friends - the best way to get to know the centre of Águilas!

English speaking guide from the Region of Murcia.

Private and exclusive tour, there will be no more people in the group.

Per group from
US$ 71.10
Free cancellation up to 48 hours before the service starts
Book