Do you dream of visiting the French Riviera? Monaco, Cannes, Saint Paul de Vence and Eze will be some of the places you'll visit: Unmissable! 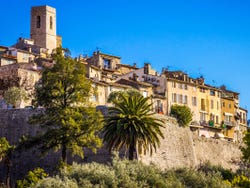 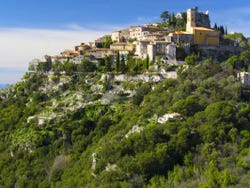 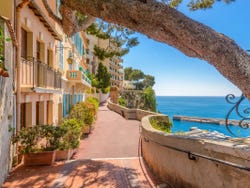 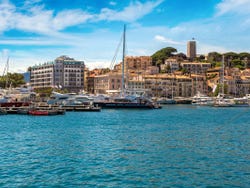 We'll pick you up at your hotel in Cannes and begin the tour of the French Riviera, first getting to know the French city, known globally for being home to one of the most important cinema festivals in the world.

We'll walk down the famous "La Croisette" boulevard, taking in some of the most luxurious hotels in the city, such as the Carlton, The Majestic, or Martinez, as well as walking on the same red carpet as some of the most famous actors in the world do during the acclaimed festival.

Our tour then continues to Antibes, which is sure to surprise you with the number of yachts you'll find docked in its port! And the town has the honour of having played host to famous artists such as Picasso, Scott Fitzgerald and Monet, when they came to spend the summer. And we'll discover why on the tour...

Our final stop on the French Riviera takes us to Saint Paul de Vence. This quaint town is full of medieval-style buildings, art galleries, and a great cultural history.

And before leaving France, we'll make a stop in Eze, a picturesque town built on the clifftops from where we will take in some impressive views of the Mediterranean sea.

The cherry on the cake will be our visit to Monaco, the second smallest country in the world after the Vatican. As well as seeing its famous casino, we'll pass through the old town and the most important monuments in the principality such as the Prince's Palace, the Cathedral or the Oceanographic Museum.

The tour then returns to the hotels of Cannes, arriving around 5:30 pm.

US$ 134.20
Free cancellation up to 24 hours before the service starts
Book

10 / 10 3 reviews
Head to Monaco and discover the luxury and beauty of the tiny principality. And you'll get to know Eze and La Turbie on the way, two little towns with unique charm.
US$ 74.30
Book
like

10 / 10 1 review
Prepare your senses for this excursion to Grasse, with a long tradition of perfume making and the medieval charm of the interior of the French Riviera.
US$ 149.80
Book
like

10 / 10 1 review
When night falls, the streets of Monaco shine. Get to know the luxurious principality as you take in its most famous monuments lit up by night.
US$ 89.90
Book