Discover the Sanctuary of Fatima and explore the rural village of Aljustrel: delve into one of the most important Catholic sites in Portugal on this fascinating tour from Coimbra. 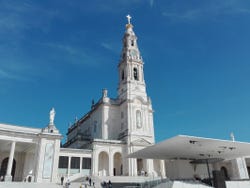 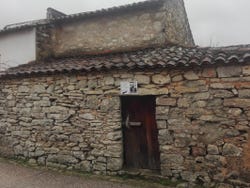 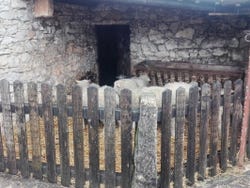 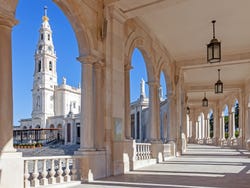 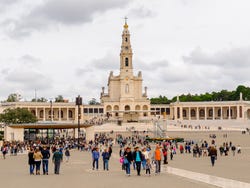 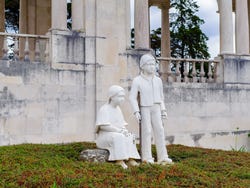 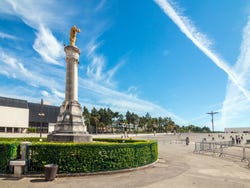 Having been picked up from your hotel in Coimbra, you'll set off on your tour of rural Portugal, heading in the direction of the village of Fatima. The first stop on your tour will be in the historic village of Aljustrel, where, according to Catholic tradition, three young shepherds witnessed apparitions of the Virgin Mary in 1917.

Strolling through the streets of the tiny town, you'll visit the houses of Lucía, Francisco and Jacinta, the three shepherd children. Having absorbed the mythical atmosphere of Aljustrel, you'll head back on the road to your next stop, the Sanctuary of Our Lady of Fatima. With more than six million visitors each year, this pilgrimage centre is an unmissable visit for those interested in Catholicism in Portugal.

Visit the Basilica of Our Lady of the Rosary, a magnificent white stone building whose 65 metre tall (213 foot) tower stands out elegantly in the complex, the enormous modern Basilica of the Holy Trinity, and the Chapel of the Apparitions, where the three children are said to have been first visited by the Virgin Mary. If you're lucky, you may even be able to attend mass here!

After visiting the most important monuments and religious sites at the Sanctuary of Fatima, you'll make the return journey to Coimbra where you'll be dropped off at your hotel.

Tours or activities will not consist of more than 5 people per group.

The capacity of all means of transport will be reduced to 30% of their maximum capacity.

Entrance to Sanctuary of Fatima.

US$ 56.60
Free cancellation up to 24 hours before the service starts
Book

I travelled by myself
Show all the reviews
like New

Learn all about this superior quality wine on this tour of the Dão region from Coimbra - perfect for wine aficionados and connoisseurs.

9.20 / 10 13 reviews
Discover the beautiful historical centre of Portugal's former capital with this Coimbra Private Tour. You'll have an exclusive guide for you and your family or
US$ 59 per group
Book
like Free

New
Explore this Portuguese city full of history and visit some of its most iconic spots on this free tour of Coimbra.. Plus, it's free. Are you in?
Free!
Book