The free tour around Elche is the best way to explore the most symbolic areas of the city while walking around the old town. 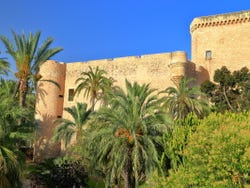 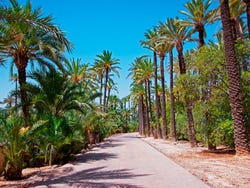 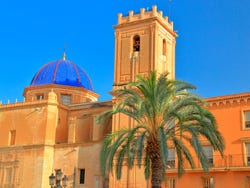 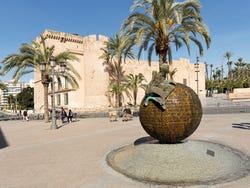 We'll meet at the tourist office in the heart of Elche. From here we'll start the free tour and explore the most important corners of the city with two UNESCO World Heritage sites. Join the tour to find out what these are!

The first stop will be the Municipal Park, where we'll find the famous 'Palmeral'. This palm grove is the largest in Europe, covering 1.4 sq miles (3.5 km2) and symbolising the Arabic history throughout the Iberian Peninsula. The unique natural area, which was declared a UNESCO World Heritage Site in 2000, has 200,000 palm trees.

Following on, we'll go to the Santa Maria basilica to learn more about the second site named as a UNESCO Masterpiece of the Oral and Intangible Heritage of Humanity. A famous religious event is performed in August every year called 'El Misteri d'Elx'; dating back to the 15th Century it reenacts the Assumption of the Virgin Mary.

Also, we'll take you around the Palace of Altamira, which over time has been a fort, a textile factory, a prison and it's now a museum. Did you know that it is one of the best-preserved defensive complexes in the Alicante province?

To finish the tour, we'll head to the Calahorra Tower. It's protected inside the ancient city walls and hides impressive frescos from the early 20th century.

When the tour ends you'll set the price with your tip, depending on your rating of the guide's service.

Groups with more than 6 people aren't admitted on this free tour. If your group is bigger than this please contact us.

Minors should be accompanied by adults. There should be a maximum of three minors per adult.

I travelled with friends
Show all the reviews